"The biggest deficit that we have in our society and in the world right now is an empathy deficit. We are in great need of people being able to stand in somebody else's shoes and see the world through their eyes" -Barack Obama

President Obama is right, you guys. I learned that lesson the hard way on Saturday night at a Halloween party.

I'll admit it: I have been known to watch Jersey Shore a time or twenty. No shame. Say what you want, but it is entertaining. I know there are a lot of folks out there who wanna hate on the GTLers, who roll their eyes and say, "Anyone can get drunk and act stupid, so why are they so famous?" Now obviously I'm not a hater, but I will say that I have never been moved to have empathy for any of the cast members (except for when that guy punched Snooki in the face--not okay).

But you guys, I walked in Snooki's shoes on Saturday. And for the record, it was anything but easy. 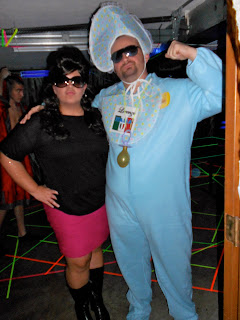 I mean, sure, it was hilarious and fun and we won Best Costume. But being baby Lorenzo's mom wasn't as easy as it may look on MTV. The boots, the mini skirt, the body glitter, the hair--my god, the hair--let's just say I couldn't wait to get home and into my PJs. And those of you who know me well know that I love to dance. But even the fist-pumping took its toll, y'all.

So while we got a lot of laughs, a sweet trophy, and some awesome movie passes, I ended up gaining much more this Halloween: respect & empathy for Miss Snooki of the famed Jersey Shore.

The next time someone really gets on your nerves, before you do or say anything you may regret, I want you to think of this blog post. Try walking in his/her shoes (or wig) and see if you can gain a new perspective. 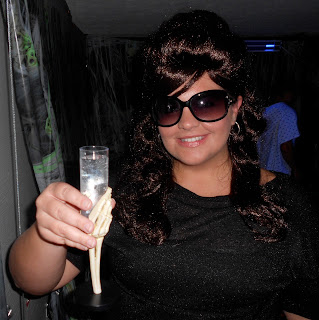 Have a safe & happy Halloween, peeps! 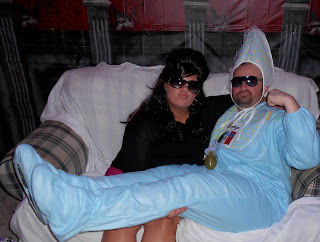 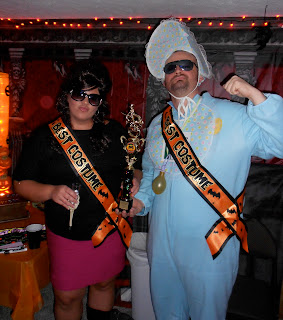