Truth be told, today's tip was going to be about something else. But after the amazing show I saw last night, I knew I had to pass on the good word immediately: go see The Package Tour.

Seriously, people, it was the most fun I've ever had at a concert. And I've been lucky enough to attend several fabulous concerts. 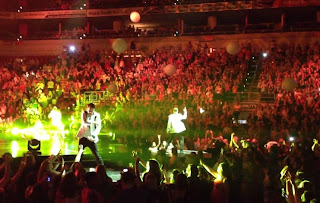 You may be thinking, "I'm not a big New Kids fan" and I hear you, believe me. In the 80s, while my peers were obsessing over Donnie, Danny, Jordan, Jonathan, and Joey, I was rocking out to Paula Abdul and Michael Jackson. Honestly, I went to this concert mostly because I wanted to see Boyz II Men. 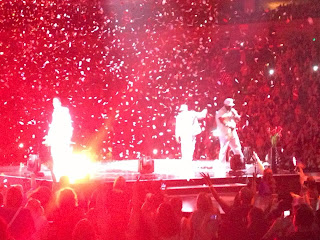 And let me just say, my "Motownphilly" boyz did not disappoint. In fact, it was "So Hard to Say Goodbye" to them; I wish their smooth-like-butter voices could have melted our ears longer.

98 Degrees lived up to their name put on a pretty hot show themselves. 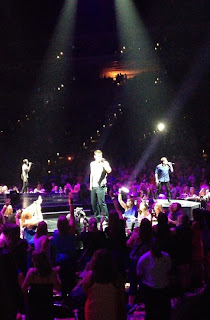 And although I went to the concert as a not-so-crazy NKOTB fan, I left as one. They did, indeed, have the "Right Stuff". It was one huge party and I wish I could go again. 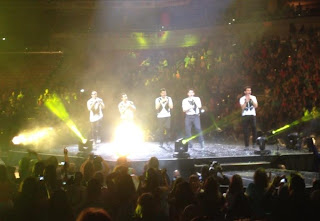 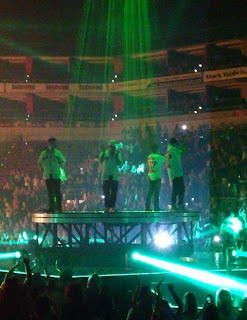 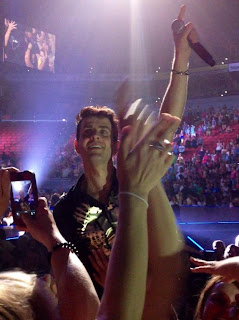 It probably didn't hurt either that Joey McIntyre stood right in front of our seats.

Trust me, you will not be sorry if you purchase a ticket to this show. Check out their schedule, grab your girls, and go have "Una Noche" that you'll thank me for later.