I Told Ya So

I'm not gonna say, "I told ya so," but... Only 4 days ago I posted that March was the best month, and this epic week did nothing but prove me right.
Let's back it up to last Saturday when one Mr. Jimmy Buffet graced the state of Kentucky with his presence for the first time since 1990. I was among the lucky 17,000 Parrotheads to witness the 27-song set that lasted over two hours! 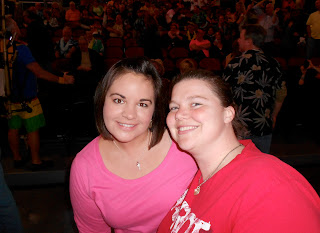 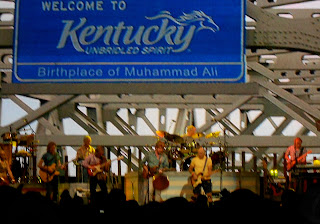 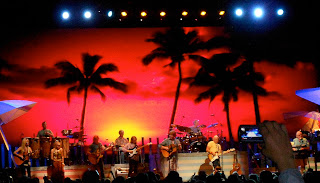 I know what you're thinking, and the answer is yes, I did have good seats. Mr. Buffet said that he and the Coral Reefer Band loved their trip to Louisville so much, that they'd be back again next year! So if you weren't as fortunate as I was last Saturday, maybe you can catch the Fin Land tour in 2013.

Y'all are already familiar with my love for March Madness, and this week did much to strengthen that love. On Tuesday, the Big East conference kicked off in NYC. By Saturday, the 16 teams involved had dwindled to 2, one of those being my beloved Cardinals. At approximately 11:15 PM, tears of joy were streaming down my face as I watched those Cardinals celebrate their victory over Cincinnasty (no, that's not a typo) as the 2012 Big East Champions.

To end a season that has been, in one word, frustrating, on a note like this, just further justifies my adoration for the mystique that is March Madness.


Just hours prior to watching this glorious moment, I was privileged enough to witness Bellarmine's first round victory over Lewis. It's hard to put into words just how proud I am to see Knights Hall so alive with spirit. 9 years ago (yikes, 9-really?) as a Bellarmine student, I never could have imagined cheering for this team as it tries to defend its Division II National Championship.

Check out the monster dunk by Chris Dowe (at about the 1:05 mark) that was the exclamation point of the evening: http://www.wlky.com/video/30655089/detail.html
Tonight I will head back to Knights Hall for round 2. I have a fever, people. And the only cure is more basketball.


All I'm saying is, March is what it's all about. Do yourself a favor and be a part of it.
Posted by Jackie at 1:17 PM